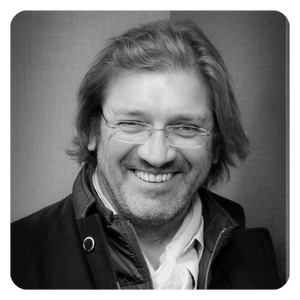 Viktor Jirsa is Director of the Inserm Institut de Neurosciences des Systèmes at Aix-Marseille-Université and Director of Research at the Centre National de la Recherche Scientifique (CNRS) in Marseille, France. Dr. Jirsa received his PhD in 1996 in Theoretical Physics and has since then contributed to the field of Computational Neuroscience with a focus on networks and dynamics. His research has been foundational for network science in medicine, leading to novel technologies for personalized brain modeling and clinical translation in epilepsy. Dr. Jirsa is lead of the brain simulation platform The Virtual Brain and a lead scientist in the European flagship Human Brain Project. Dr. Jirsa has been awarded several international and national awards including the Human Brain Project Innovation Prize (2021) and Grand Prix Départemental de Recherche en Provence (2018). Dr. Jirsa serves on various Editorial and Scientific Advisory Boards and has published more than 160 scientific articles and book chapters, as well as co-edited several books including the Handbook of Brain Connectivity.

The past two decades have seen enormous progress in the development of virtual brain technologies, primarily due to progress in brain imaging and high-performance computing.

Virtual brains integrate an individual’s brain imaging data into a computational representation of a brain model and make it a personalized in-silico brain simulation platform.  Since its initial proposal in 2002, virtual brains have been systematically built for the mouse, macaque and human and their individual predictive value has been established, regularly outperforming generic brain models. One reason for this success is the consideration of variability of individual connectivity in the brain model. A connectome is the set of all neuronal connections, which can be estimated using Diffusion Tensor weighted Imaging (DTI) obtained in Magnetic Resonance Imaging (MRI). Virtual brains are constructed around an individual’s connectome, which characterizes the information transfer between even far distant brain areas. In case of injury or disease, such as stroke, neurodegeneration or epilepsy, the communication between brain areas is impaired and results in pathological brain activity. Virtual brains mimic the cause of such miscommunication and provide the capacity to simulate alternative treatments based on the individual’s connectome.

A second source of predictive power is the inclusion of high-resolution data at spatial scales of up to 10mm. Such data exist only ex-vivo, which poses challenges to the integration with in-vivo data in a personalized brain modeling strategy. The two approaches can be integrated through application of latest techniques in Bayesian inference and Monte Carlo simulation, in which generic high-resolution brain templates are morphed to accommodate the patient’s brain imaging data, leading to a maximum predictive power for a given individual.

We illustrate the virtual brain workflow along the example of drug resistant epilepsy, the so-called Virtual Epileptic Patient (VEP): we reconstruct the connectome of an epileptic patient using DTI and co-register other potential imaging data from the same individual (anatomical MRI, computer tomography (CT)). Each brain region is represented by neural population models, which are derived using mean field techniques from statistical physics expressing ensemble activity via collective variables. Subsets of brain regions generating seizures in patients with refractory partial epilepsy are referred to as the epileptogenic zone (EZ). During a seizure, paroxysmal activity is not restricted to the EZ, but may recruit other healthy brain regions and propagate activity through large brain networks. The identification of the EZ is crucial for the success of neurosurgery and presents one of the historically difficult questions in clinical neuroscience. The application of Bayesian inference and model inversion, in particular Hamiltonian Monte Carlo, allows the estimation of the patient’s EZ, including estimates of confidence and diagnostics of performance of the inference.

The example of epilepsy nicely illustrates the workflow of end-to-end modeling and the predictive value of personalized large-scale brain network models. Currently the VEP technology is validated in a large multisite clinical trial EPINOV with 400 prospective epilepsy patients. The Virtual Brain is the dedicated full brain simulator in the European digital neuroscience research infrastructure EBRAINS and enables neuroscientists worldwide to build and estimate personalized virtual brains.