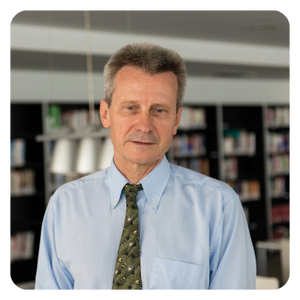 Thierry Magnin, born in 1953, co-president of UCL, responsible for Humanities at UCL, Professor, catholic priest, Doctor in physics and Doctor in theology, involved in solid state physics, science and faith, theology of creation, philosophy of sciences, bioethics, ethics of sciences and technologies. He is involved in research programmes on anthropology, particularly for the relation between the psychological and the spiritual dimension of humans.

He was Rector of the Catholic University of Lyon, France.

He wrote more than 200 papers in the different domains and 13 books, among with 5 about anthropology at the time of sciences. He received the Price of christian humanities for his last book entitled « Penser l’humain au temps de l’homme augmenté » (Albin Michel, 2017).