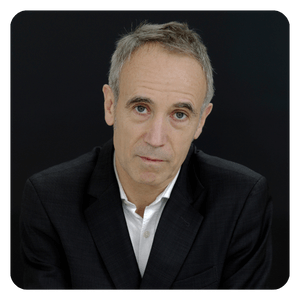 Serge Picaud is the Director of the Paris Vision Institute since January 1rst, 2021. After a PhD in Marseille (France), and studies in Frankfurt (Germany) and University of California Berkeley, He returned to Strasbourg and then to Paris to launch his own team on retinal information processing enlarging then the focus to neuroprotection. His team, for instance, revealed how an antiepileptic drug is leading to retinal degeneration. More recently, the team has moved to developing strategies for restoring vision in blind patients. The work involved novel materials for electrodes like Graphene and Diamond or event-based camera for visual information processing. His team has validated the photovoltaic and wireless retinal implants ex vivo and in vivo on the blind primate retina, paving the way for clinical trials by the company Pixium Vision. As an alternative to retinal implants, optogenetic therapy was evaluated on rodents and primate, opening the path toward clinical trials for the company Gensight biologics. The team is now moving toward visual restoration at the level of the visual cortex for patients with optic neuropathies.

Abstract –  Restoring vision in blind patients: from prosthesis to optogenetic and sonogenetic therapy

Following retinal degeneration, visual prostheses can restore some visual perception by stimulating residual neurons of the visual system but current devices fail to provide face recognition or autonomous motion in an unknown environment. We here tested the spatio-temporal resolutions of a novel photovoltaic prosthesis and of optogenetic therapy at the retinal level in addition to sonogenetic therapy at the cortical level.

Following their validation in non-human primates, the retinal prostheses, PRIMA, showed the best visual acuity for a prosthesis in patients affected by age-related macular degeneration. In parallel, we selected the best AAV viral vector coding for ChrimsonR-tdTomato, a microbial opsin, in living primates, and this vector was found to generate a partial recovery of vision in a patient affected by retinitis pigmentosa. Finally, we showed that expression of a mechanosensitive channel in rat cortical neurons can produce a sensitivity to ultrasound waves with a spatiotemporal resolution compatible for visual restoration.

These results demonstrated the functional efficacy of the PRIMA photovoltaic retinal prosthesis and of optogenetic therapy using ChrimsonR up to clinical trials. Following these strategies at the retinal level, sonogenetic therapy will likely offer a novel brain machine interface at the cortical level.