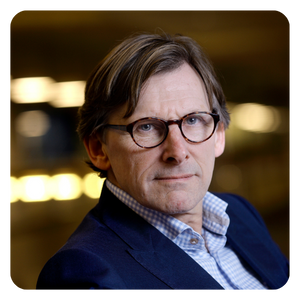 He was the founding scientific director of 3TU.Centre for Ethics and Technology (2007-2013). In 2009, he won the World Technology Award for Ethics as well as the IFIP prize for ICT and Society for his work in Ethics and Information Technology. Jeroen van den Hoven was founder, and until 2016 Program Chair, of the Dutch Research Council Program on Responsible Innovation and advised the European Commission on Responsible Innovation in the Horizon2020 R&D Program. In 2017 he was appointed as a member of the European Group on Ethics (EGE) in Science and New Technologies to the president of the European Commission. In 2022 he was reappointed for 3 years.